The H-1B is a non-immigrant visa in the United States, it is designed to bring foreign professionals with college degrees and specialized skills to fill jobs when qualified Americans cannot be found. However the outsourcing companies in recent years have dominated the entire H1B visa program.

Will analyze the H1B visa data from 2011 and find out how this visa program has been used around the Globe. I will be using Python as my primary language for this analysis.

Read the data and import in pandas dataframe

What are the different H1B visa status in this entire dataset

No. of visa application trends from 2011-2016 for Top five Employers, We can see a growth in application filing for all these employers every year, While Infosys Limited has topped the list across all the years

In 2016, These are the top ten employers in terms of no. of applications 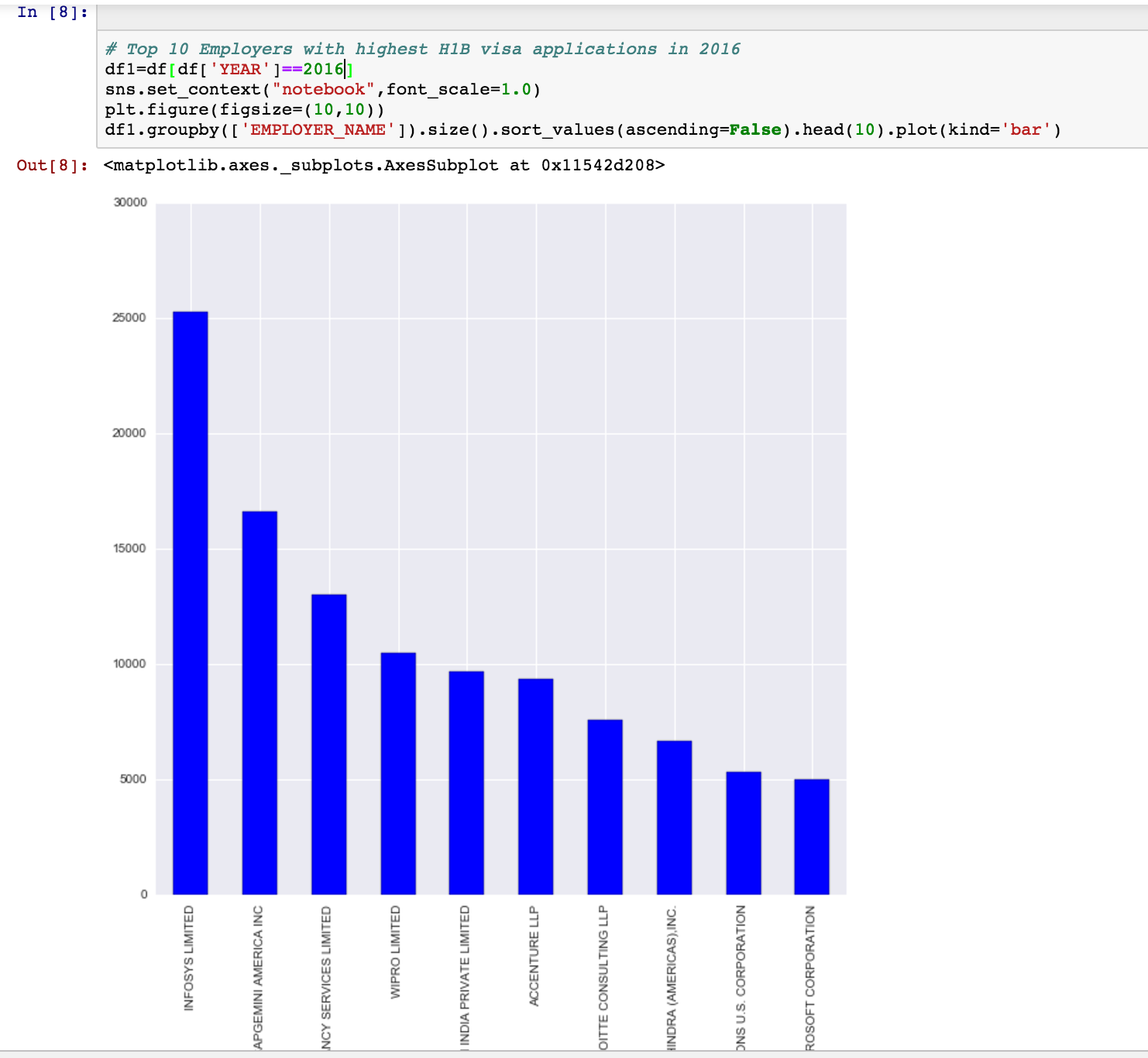 For all the visa application filed so far, only 3-5% has been denied but rest of them are Certified 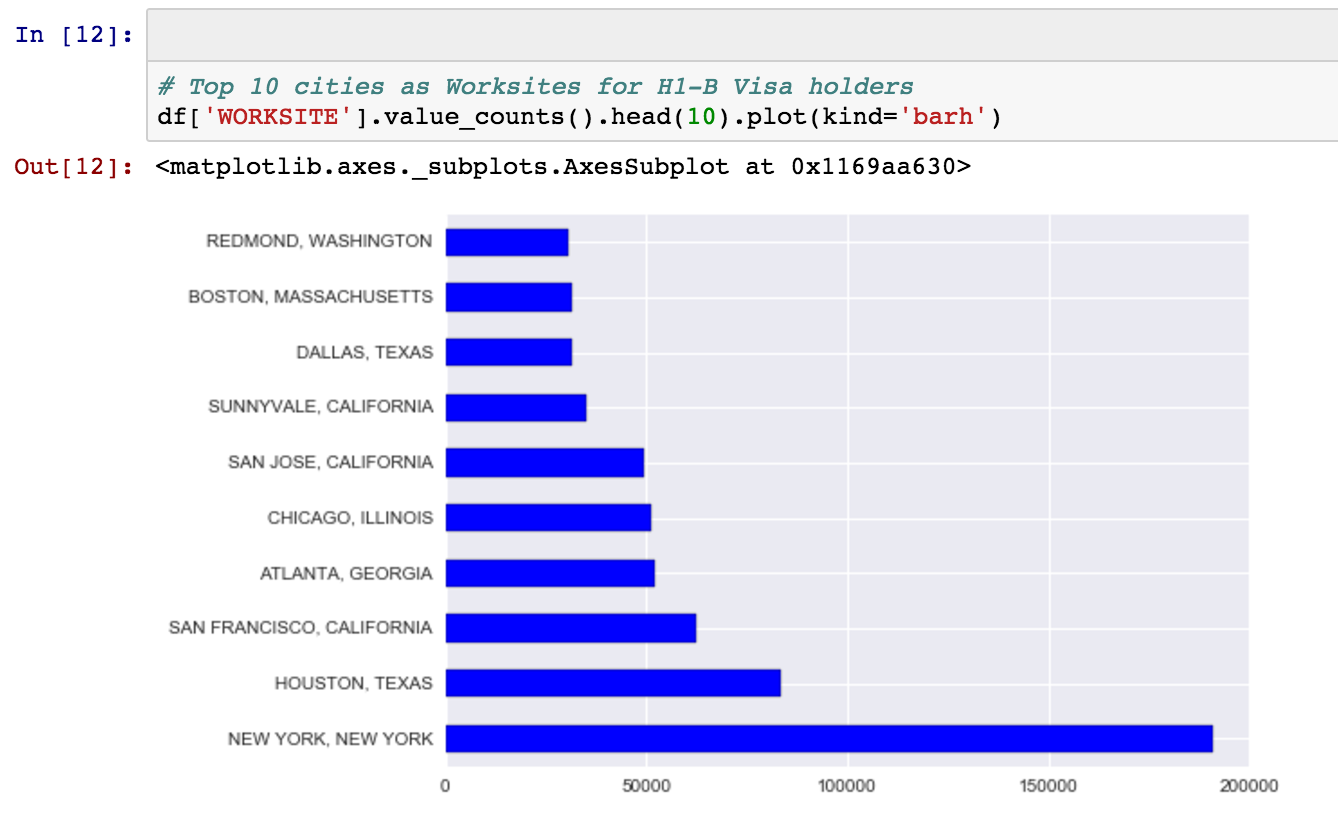