KD Tree is a modified Binary Search Tree(BST) that can perform search in multi-dimensions and that’s why K-dimensional.

The KD tree differs from the BST because every leaf node is a k-dimensional point here.

Before you think what a dimension means here, Let me tell you that in a vector of 5 elements it is referred to as 5 dimensions.

For example, A 5-dimensional record of an employee will look like this: [EmplID. Age, Salary, Year of Exp, distance from home to office]

What is a Discriminator? 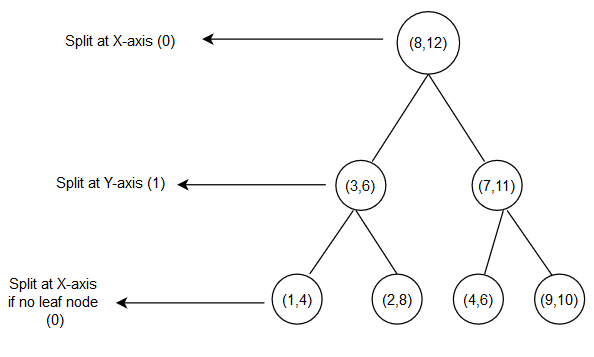 How to Build a KD Tree? 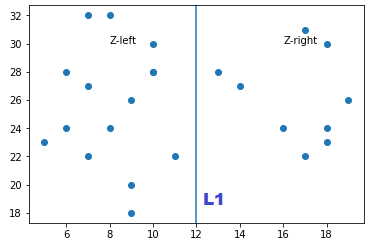 Now take the Z-left subset and split it Horizontally with a splitting line L2. Similarly we will split the right subset of points with a horizontal line and the two subsets are horizontally split into two another subset 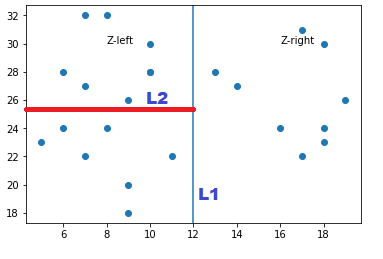 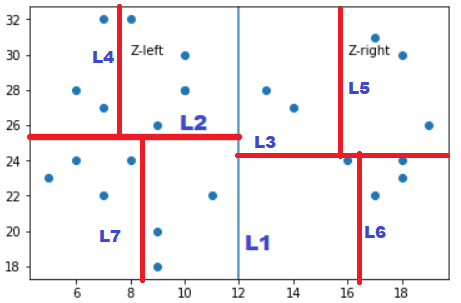 Now you would be having a question like how to decide if we have to split horizontally or vertically? If we create a recursive function to create the KD Tree then a user has to pass two parameters to this function first the input Array of K-dimensional points and the depth of the KD Tree to determine whether we must split with a vertical or a horizontal line

The splitting lines are inserted by selecting the median, with respect to their coordinates in the axis being used to create the splitting plane.

Here is the final K-D Tree will look like 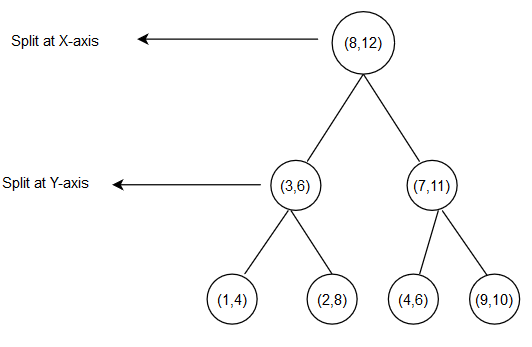 Here are three main points that needs to be taken care for building a K-D Tree:

How Nearest Neighbor Search Query works in a K-D Tree?

We will basically store following three information at each node:

Let’s see how KD Tree works using scikit-learn, We will take a list of 2 dimensional points

Sklearn has a NearestNeigbors class that uses various algorithms for implementing neigbor searches. One of the Algorithm in that list is KD Tree. The other algorithms are out of score for this post

Let’s take a query point (10,28) and find out the 3 nearest neighbor to this point

This returns an array of Indexes of the 3 points nearest to the Query point. Let’s checkout those three points

KD Tree in Scipy to find nearest neighbors of Geo-Coordinates

Scipy has a scipy.spatial.kdtree class for KD Tree quick lookup and it provides an index into a set of k-D points which can be used to rapidly look up the nearest neighbors of any point 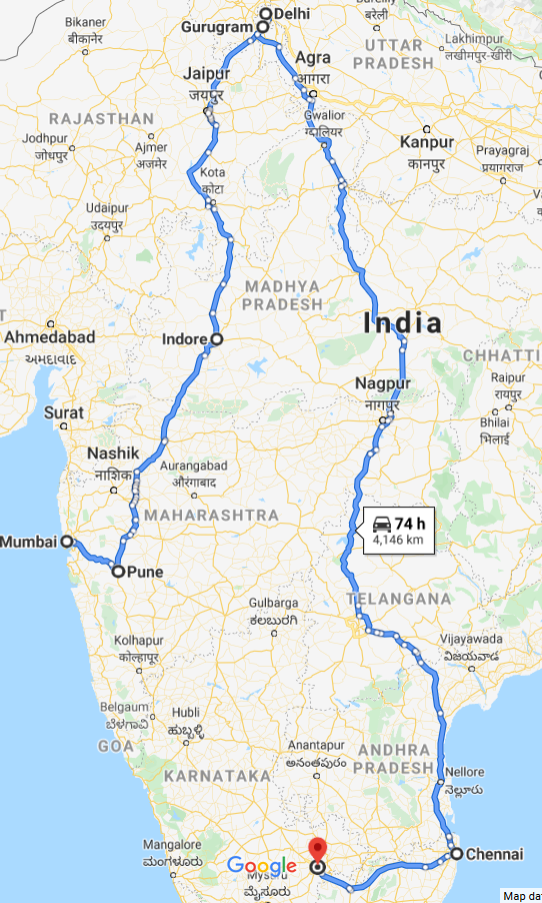 So it returns the distance of those three cities in an ascending order and the index of the cities in the same order of distance.

So it perfectly gives all the three neighboring cities to Mumbai. Infact one of the city is Mumbai itself. We should lookup for 4 cities then it will give 3 cities excluding Mumbai

Ok so we get all the cities in increasing order by distance from the National Capital Delhi. Hope people who knows about India will find this list as accurate

Since we are looking at the Geo distances in this example, So I wanted to point out that there is a DBSCAN class that Perform DBSCAN clustering from vector array or distance matrix and uses KD Tree as one of the algorithm to find the Clusters within a list of Lat, Longs and to find the geo points within those clusters and a specified radius